This prestigious award celebrates the excellence of individuals in honor of the late Jarrod Morrison (1974-2017), whose commitment to damage prevention and safe excavation was greatly respected.

Who is Eligible?
Any working in the damage prevention industry in the state of Oregon is eligible for nomination, this includes OUCC council members, utility, and nonprofit professionals.

Who Deserves a Morrison?
We’re looking for industry leaders who have achieved excellence in damage prevention this year. An ideal candidate will have demonstrated exceptional safety expertise, wisdom and leadership and has achieved success in all safety endeavors. 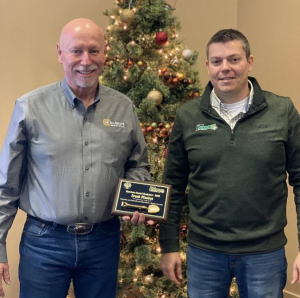 Frank has served in the damage prevention world in Oregon and the greater NW for decades. The Oregon board has often called on Frank and his strong historical knowledge bank to help stay on course. Frank has been in his current role for over ten years and previously served as the General Manager and the President of the OUCC. His commitment holds firm to this day, and you may see him at board meetings or traveling across the region with the OCC Corvette to help promote the 811 message. Frank continues to be one of the brightest of the many committed and passionate faces of damage prevention in Oregon. 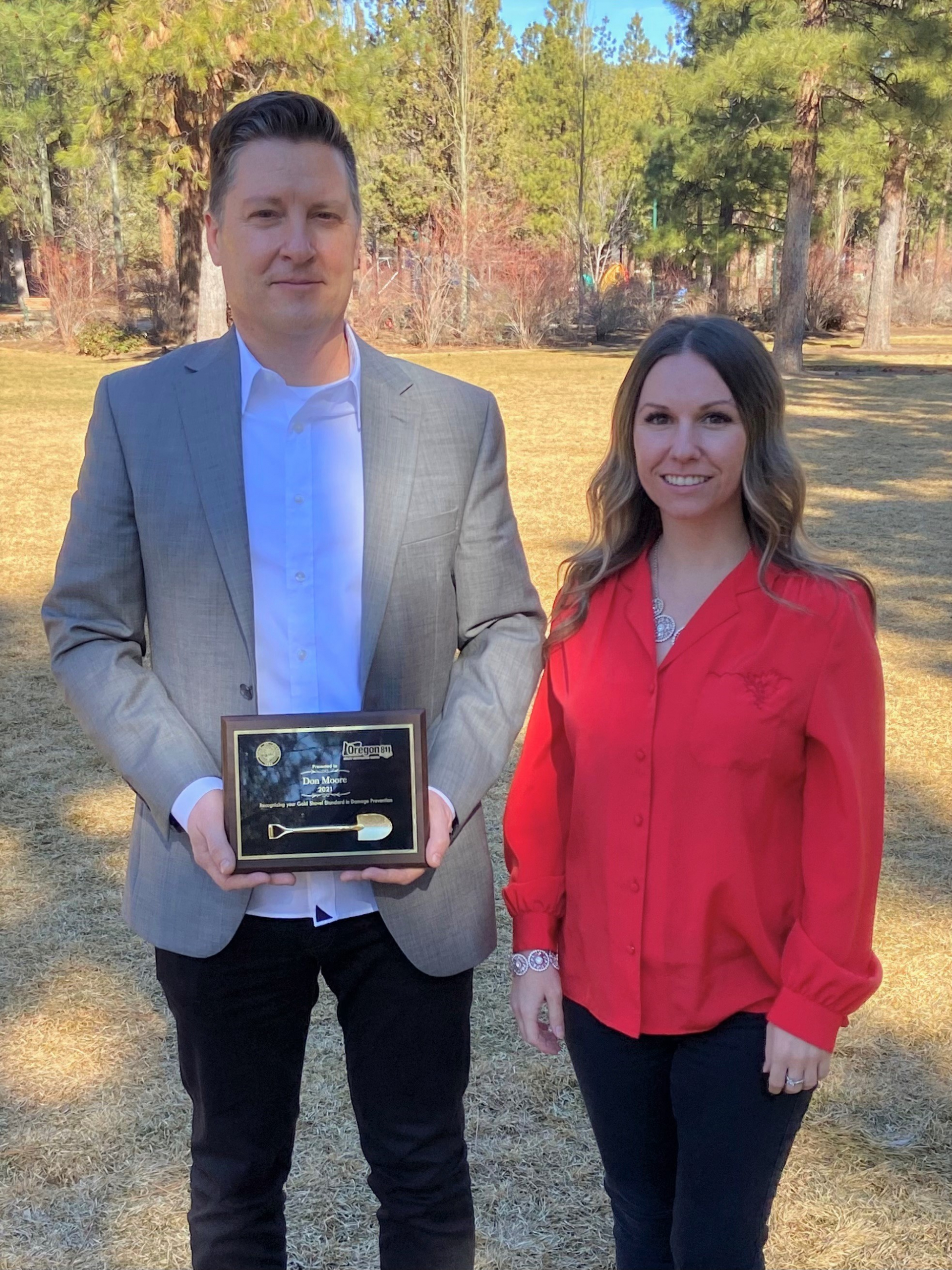 Don has been a catalyst for change since he joined Cascade Natural Gas in 2017. From the day Don began his role as the Region Director of Cascade’s Oregon territory, he became an active damage prevention champion. He set strong expectations for his team, leading key damage prevention initiatives to help protect his workers and the community. Don encouraged his employees to educate the public on job sites, hand out public awareness information, and sponsor local community events to improve pipeline awareness. He made the use of Damage Hit Kits a standard requirement of damage investigations to improve documentation and promoted filing complaints against negligent excavators. Don hired an outside subject matter expert consultant to provide enhanced locator training to his employees, to improve gas locating accuracy and reduce at fault damages. He utilized a combination of employee awareness, training, and enforcement that contributed to a reduction in damages between 2018 – 2020 in Cascade’s Oregon territory. The actions Don voluntarily promoted within his region became the pathway for larger companywide initiatives.

Don also immersed himself in the larger damage prevention community outside of Cascade. Don proudly served on the OUNC Board for 3 years, sitting on the Executive Director Selection Committee, the Budget and Audit Committee, the O.A.R.’s Committee, and chaired the Damage Reporting/DIRT Committee. During his time as the chair of the Damage Reporting/DIRT Committee, he helped advance Oregon State reporting into a meaningful report of key metrics that he arranged to have verbally presented to the OUNC Board and the OUCC Board. The report helped bring awareness to overall state metrics, pinpoint risks, and guide funding and education accordingly. Don also played a pivotal role in hiring the first ever OUNC Executive Director. 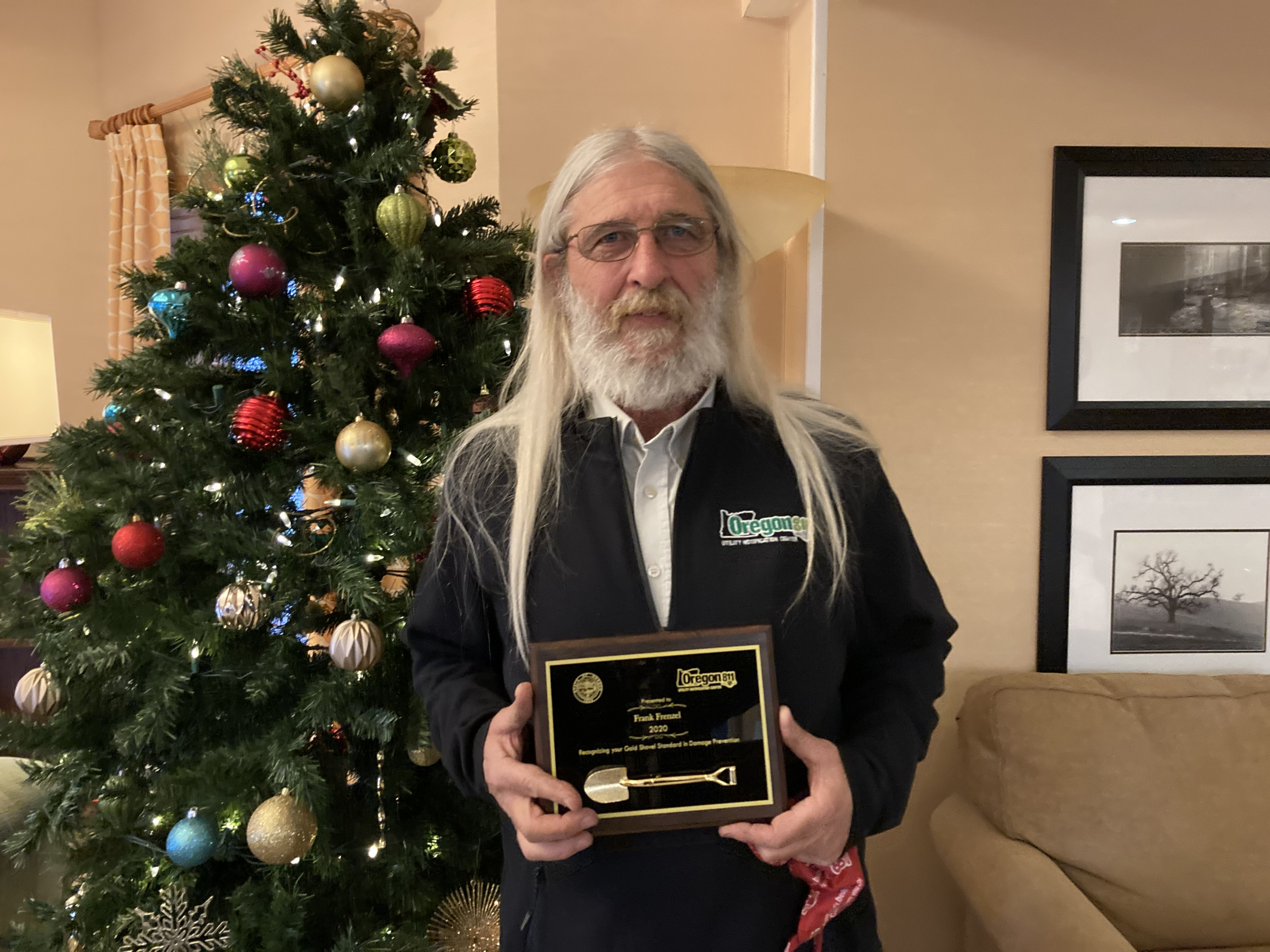 During Frank’s 33 years at the City of Lebanon, he trained most of the people he worked with on OR811 dig laws and provided them with new rule changes that occurred.  For many of those years, he was part of Train the Trainer.  Frank was a member of the East Linn UCC for over 25 years.  As a member, he participated in the Contractor’s breakfast & dinners and volunteering at safety days.  • When he first found out about the Career Day in Lebanon he helped provide the indoor space as well as about a 3 block square of room for the vendors to set up. Along with that he provided the needs to successfully bring in over 1,000 students and people to view the different contractors in our area. He reached out to the OUNC who has helped support his efforts at that event. His humbleness has always shinned through as he shares his dig safe message. 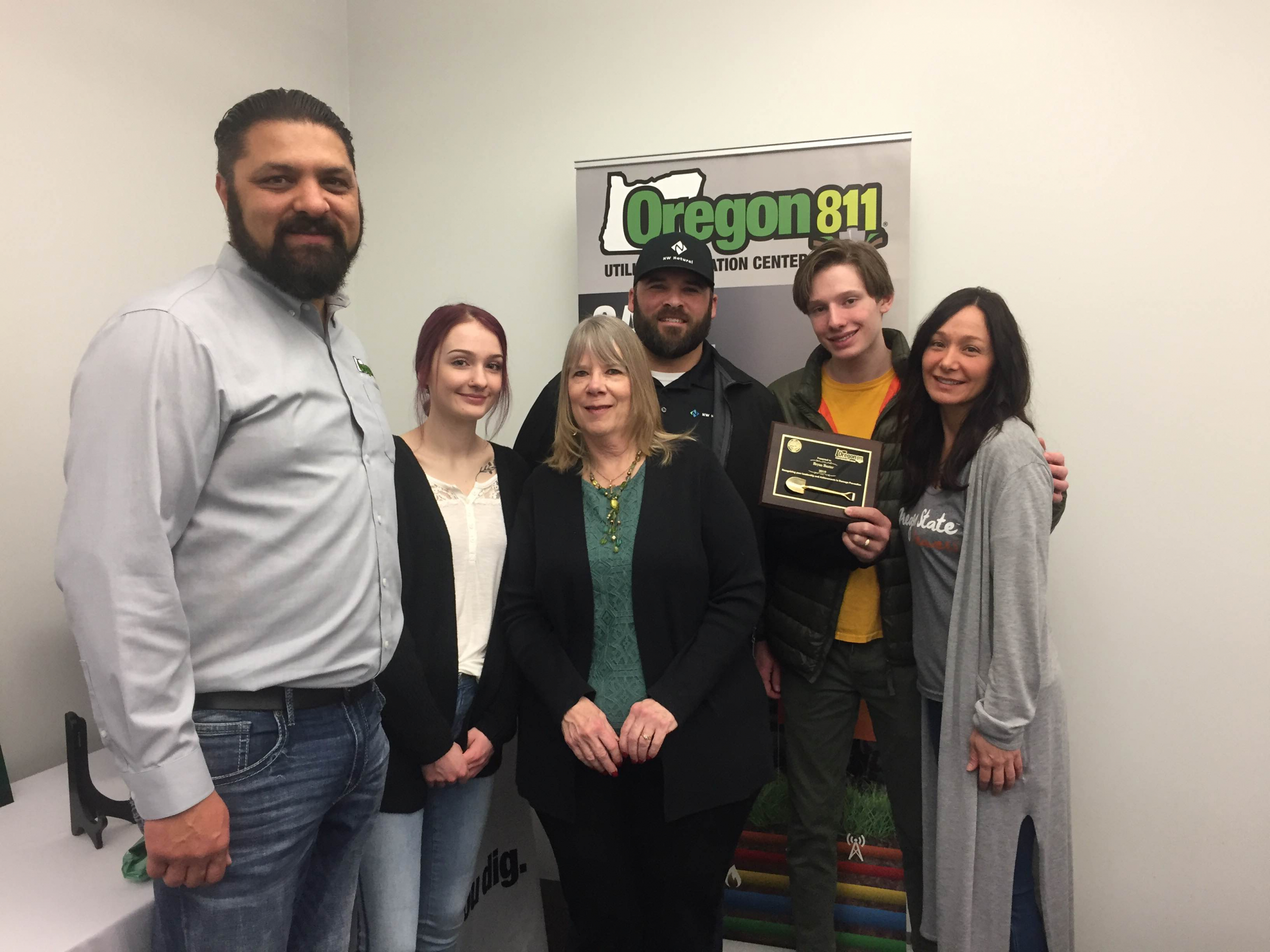 Bryan Baxter has been a leader in Oregon in damage prevention for over a decade. His creative ideas and respected passion aided in the delivery of the 811 message throughout the state. Even after moving from the Damage Prevention department at NW Natural, Bryan continued to work closely with the councils he had supported for so long. His efforts as an ambassador of Oregon811 continue to influence new people coming into the industry and will for some time.